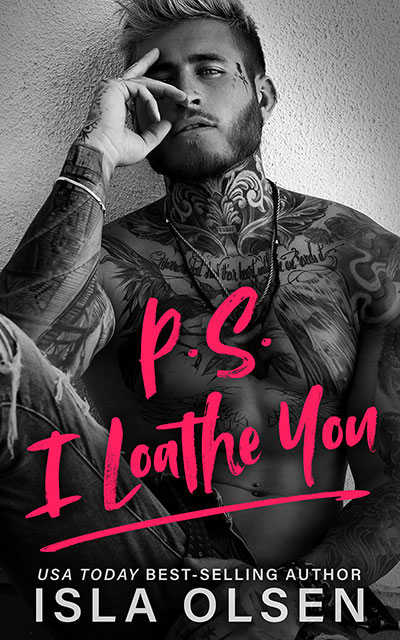 The worst thing my sister ever did was agree to marry Devon Montgomery.

The best thing she ever did was cancel the wedding two weeks out from the big day.

It’s not that I don’t like Devon. It’s that I hate him. I detest him. I loathe him.

And, for some reason, the feeling is mutual, although why anyone would hate someone as amazing as me is completely beyond my understanding.

Devon, on the other hand? He’s an overbearing, uptight, pretentious snob who wouldn’t know a good time if it bit him on the arse.

I mean, yes, he’s insanely attractive. And, yes, he’s been known to star in some particularly dirty fantasies of mine—ones of the hate-sex variety.

But that’s all it is.

Well, that’s all it was supposed to be…

Until I discover Devon has been having the exact same fantasies about me. Turns out he’s not so averse to fun after all…

P.S. I Loathe You is a stand-alone enemies to more, sister’s ex, online ‘bromance’, opposites attract romantic comedy with two swoon-worthy leads, quirky side characters, a ton of sexytimes, and a guaranteed HEA.